Foreign ministers from the world powers involved in the U.S.-led talks with Iran said over the weekend they do not see the need to reach a deal “forthwith,” according to Prime Minister Binyamin Netanyahu.

Several of the ministers said following Netanyahu’s speech to Congress this past week that they will wait “until the right agreement is found,” the prime minister said. He added, “I hope that these words will find tangible expression.

“We will continue to take all possible action to deny the largest terrorist state in the world the ability to produce the most dangerous weapon in the world, a weapon which is aimed, first and foremost, against us,” Netanyahu said.

President Barack Obama, meanwhile, told American news media Sunday morning, “If we cannot verify that they are not going to achieve a nuclear weapon…then we would walk away.”

However, not only does Israel’s prime minister have his doubts about that, but forme US Ambassador to the UN John Bolton also wonders how committed the Obama administration is to that plan.

“There’s nothing in this deal on the weaponization and ballistic missile aspect of this program,” Bolton said.

“No secrets… They are still state sponsors of terrorism… We are giving legitimacy to the regime. We are endangering our allies, we are endangering Israel. What else could be wrong with this deal?” Bolton added. 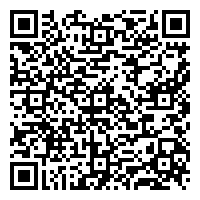