As part of its training course on detonation devices, an infant was wired with explosives and detonated in Iraq by the brutal terrorist organization ISIS.

The story, reported in Iraqi News, is just one more example of the depravity exhibited by ISIS and its adherents. And yet, jihadi-wannabes continue to ooze into the territories controlled by ISIS.


The infant who was murdered as part of the ISIS teaching session, was apparently the child of a man executed earlier in the month by the terrorist organization.

“The available information indicates that ISIS brought a baby, the son of a civilian [who] was executed a few weeks ago under the charges of killing ISIS militants, in one of the training camps near Sharqat northern Salahuddin,” an Iraqi local official said.

The child was blown up using a remote detonator. The explosion took place in front of dozens of ISIS members.

According to Western Journalism, thousands of children have been recruited by ISIS since the organization became public. The children are brainwashed and taught it is their holy duty to undertake suicide missions or participate in mass executions.

In addition to voluntary recruits, ISIS kidnapped up to 500 children this month alone. 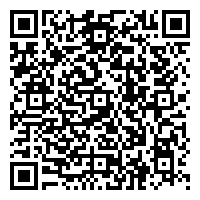