Another macabre video feature film from Da’esh (ISIS) showing a massacre last summer in the Iraqi city of Tikrit cannot change the fact that the bloodthirsty terrorist group has been routed from Sadaam Hussein’s hometown.

The latest “massacre video” was allegedly uploaded to jihadist Internet sites on Saturday to mark the final week of Ramadan, but an exhaustive search of the Internet by JewishPress.com has turned up nothing so far.


“This is a message I address to the whole world and especially to the Rafidha dogs, I tell them we are coming,” announces an anonymous terrorist in a military uniform on the video described by international news agencies. “Rafidha” is the term used by Da’esh to refer to Shi’ite Muslims.

The much-talked-about video allegedly depicts the mass murder of mostly Shi’ite fighters last summer at the Speicher military base near Tikrit. But a few short months later — by April 2015 — the terrorists were pushed out by the returning Iraqi army, who wrested the city from the group’s grasp.

Forensic workers who are involved in exhuming the bodies from mass graves outside the city after the recent liberation of Tikrit from Da’esh estimate that approximately 1,700 cadets were captured and murdered. Little more than bones now remain in the mass grave shown in the video below, provided by The Guardian newspaper in Britain.

One survivor of the massacre describes in the video that he feigned death while his friends and fellow cadets were murdered around him. “The fourth bullet was meant to kill me, but I was not hit,” he says in the video. “The fifth bullet was fired, killing the one who was next to me. Playing dead, I fell to the ground. I was covered by the blood of my colleagues and I rolled down into the valley.”

Remains of some 600 bodies have been found thus far. Hundreds are buried in a mass grave; others are in other locations, including the former presidential palace compound.

There is also evidence that Da’esh has used chemical warfare against Iraqi government troops in Tikrit as well, particularly chlorine gas.

A team from Iran’s Press TV interviewed Iraqi officials and also documented footage of a room in Tikrit filled with sacks of ammonium nitrate – which is used by Da’esh together with chlorine gas in its explosive devices – discovered in one of the terror group’s strongholds. “These bags are in each and every room of the presidential palace,” commented the reporter in the film. “This is one of their warehouses.”

The 22-minute video allegedly uploaded to jihadist forums — but so far not posted to any mainstream watchdog websites, nor to any international news sites — reportedly includes new and also previously released footage of hundreds of executions being carried out, including those with victims pleading for their lives.

Among the scenes in the video is one showing victims falling out of dump trucks. Another shows victims lying side by side in mass graves before being shot to death, one by one. Still another shows a steam shovel being used to mechanically move the piles of bodies.

Does any of this seem familiar to our Jewish readers? 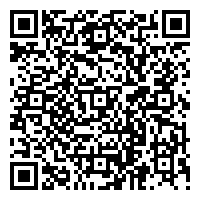