An operative with the Palestinian Islamic Jihad (PIJ) terrorist organization has been indicted on a host of charges relating to his ability to hack into military and civilian computer systems.

Known as the “computer administrator” of the PIJ, the suspect was recruited by the terrorist group in 2001 while working as a radio broadcaster. According to a statement released Wednesday by the Shin Bet domestic intelligence agency, the alleged hacker was indicted on charges of “espionage, conspiracy to pass information to an enemy, hacking computer material, and more.”

The suspect also holds the position of chairman in the “Palestinian Talent Society.” He was arrested February 23 while traveling to meet with young candidates from the Palestinian Authority for a television vocalist competition.

He allegedly managed to hack into IDF drones flying over Gaza, according to the charges filed in the indictment. He also allegedly succeeded in accessing the data on unmanned aerial vehicles flown by the IDF over the region. In addition, the hacker allegedly gave the data and footage produced by the cameras on the drones to his handlers.

Moreover, the hacker was allegedly able to access footage from highway cameras inside Israel. Through his ability to access information, the terrorist was able to obtain data on deployment of Israeli security forces and civilian personnel during rocket strikes and wars in Gaza, according to the indictment.

The suspect also allegedly developed an application that compiled data on movement of aircraft at Ben Gurion International Airport. The application is said to have provided data on passenger lists, plane types and weights, and arrival and departures times. 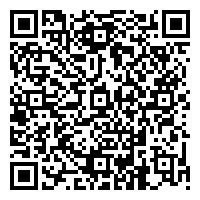