“Despite the fact that the UN has recognized the war crimes committed by Hamas during the fighting, nothing has been done about the matter,” he said in a letter sent to the UN Security Council and Secretary-General Ban Ki-moon. The letter included a detailed report of terrorist artillery and missile fire that emanated from civilian population centers in Gaza during Operation Protective Edge.


“I expect the Security Council to condemn with a clear voice the tactics of Hamas,” he wrote, according to the Hebrew-language NRG news site. “The Council cannot be silent in light of the use by Hamas of Gaza civilians as human shields.”

The Palestinian Authority unity government led by Ramallah-based PLO Chairman and Fatah leader Mahmoud Abbas, which includes Hamas, has demanded the UN Security Council set a deadline for Israel to withdraw from all territory won in the 1967 Six Day War, including parts of its capital restored to the nation during that defensive conflict. Failing that, Abbas has vowed to charge Israel with war crimes in the International Criminal Court (ICC) at The Hague. 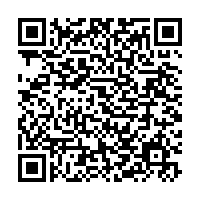