Israel’s Civil Administration in Judea and Samaria demolished five illegal Palestinian Authority Arab structures in Umm al-Khair, which is located in the Mount Hebron region next to the Jewish community of Carmel. Several of the structures bore the European Union flag,

“I hope this will be the beginning of a trend since there has been a sense that Israel has been turning a blind eye and authorizing illegal construction, which has led to an increase in the amount of illegal building by the Arabs,” continued Damri.

The EU, which frequently sponsors illegal Palestinian Authority Arab construction throughout Judea and Samaria, often attaches the EU logo or flag to the illegal structures so as to provide them with diplomatic protection. At the same time, Israel has implemented building freezes against any Jewish construction in Judea and Samaria in response to massive international pressure from entities such as the European Union.

“We have been dealing with a building freeze in Mount Hebron for over a year,” added Damri. “Each pipe and every caravan is inspected in accordance with the strictest legal tools available while there are those who illegally build and disregard the law just next door.”

Israeli NGO B’Tselem, an organization that has received financial support from the European Union and which claims to “document and educate the Israeli public and policymakers about human rights violations” in Judea and Samaria, condemned the demolition of the illegal structures.

“The latest actions show that the Israeli government is continuing its policy of destroying Palestinian communities in order to expand settlements, which is the same policy that was recently condemned internationally in the Quartet’s report,” said B’Tselem spokeswoman Sarit Michaeli.

Michaeli added that 27 people were living in the structures, including 16 minors, who all lost their homes in previous demolitions.

Hasten said that Regavim was determined to succeed in completely stopping illegal EU construction in Judea and Samaria.

“After years of lobbying against the EU’s rampant illegal building across Area C in total disregard of international law, Regavim’s work is beginning to bear fruit with a large increase in demolitions of European structures,” Hasted added. “We will not stop until there is a total European exit from Israeli territory.”

“Area C” refers to all areas in Judea and Samaria that are under full jurisdictional control by Israeli authorities.

Damri made sure to thank Regavim for its partnership in fighting against illegal construction in Judea and Samaria and for its “tremendous help and cooperation in this matter,” he said.

Michael Bachner and Tzvi Lev contributed to this report. 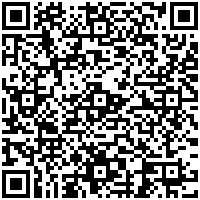