The clear, concise statement was issued on Thursday, May 1, from the Israeli Embassy in Washington, D.C.:

Deputy Minister Danny Danon’s views of Secretary Kerry do not reflect the views of the Government of Israel.  Israel deeply appreciates Secretary Kerry’s efforts to advance peace with the Palestinians.

We do not believe that Secretary Kerry has tried to threaten Israel, and we believe that his decades of support for Israel reflect an abiding commitment to Israel’s security and its future.


An op-ed of Danon’s that appeared in Politico on Wednesday was critical of Kerry, but hardly threatening or undiplomatic, nor did it miss the mark in capturing the feelings of so many Israelis and Israel supporters in response to Kerry’s ongoing, aggressive efforts to impose a “solution” to a currently unsolvable problem.

There is no doubt that Secretary Kerry has strongly supported Israel throughout his three decades in public service. This is why he, like other true friends and allies of Israel, need to understand that we will never sign diplomatic agreements endangering our security and reneging on the rights to our historic homeland as a result of international pressure or threats. For more than 2,000 years, we have ended all our prayers with a call for peace, and Israel continues to do all within its power to achieve this lofty goal. The world, however, should not view this yearning as a weakness that can be exploited for the sake of scoring points or claiming a hollow foreign-policy victory.

So why did the government of Israel feel the need to distance itself so categorically from Danon’s op–ed? Two theories: one, the title of the op-ed is “We Will Not Be Threatened.” That’s strong language, although it is unclear who gave it the heading, Politico or Danon himself. That headline may actually be more than the Israeli government feels comfortable having one of its senior members state in any format that appears to be the word of the Israeli government.

And two, the American government has come down like a ton of bricks on any criticism of any sort emanating from the Jewish grains of sand in the Middle East.

When Defense Minister Moshe Ya’alon criticized Kerry in a private meeting behind closed doors earlier this year, he was forced to speak words of atonement after repeated public admonishments from Washington.

In other words, Danon’s title, suggesting that Washington is threatening Israel, may have been accurate. 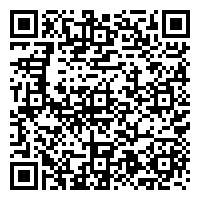