Israel’s Mossad intelligence agency ran an assassination campaign for several years, during which time at least five Iranian scientists were killed, most by bombs planted on their cars, national correspondent Dan Raviv reported Saturday on the CBS News website.


“Remarkably, the Israeli assassins were never caught — obviously having long-established safe houses inside Iran — although several Iranians who may have helped the Mossad were arrested and executed,” Raviv wrote.

His report was published a day before the book Raviv co-authored, “Spies Against Armageddon: Inside Israel’s Secret Wars,” was coming out with an updated edition.

“Recently, as I sought to update a book I co-wrote about the history of Israel’s intelligence agencies, sources close to them revealed that they felt pressure from the Obama Administration — more than a hint — to stop carrying out assassinations inside Iran,” he wrote, without elaborating.

Raviv, citing sources “close to” Israel’s intelligence agencies, reported that Mossad officials decided that the campaign had become “too dangerous” and decided to pull out before any of their spies were caught and killed.

Israeli Prime Minister Benjamin Netanyahu has ordered the Mossad to concentrate on finding evidence that Iran is violating the interim agreement it signed with the world powers in November, Raviv reported. 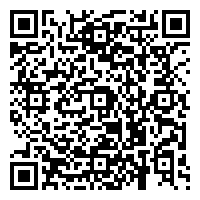