Israel became an energy producer for the first time today with the closure of a deal to export natural gas to Jordan from the mammoth Leviathan gas field.

Leviathan will become Jordan’s main supplier of natural gas in the coming years. Months of discussions in the Israeli government eventually ended earlier in the year with a decision that the country would be allowed to export 40 percent of its offshore natural gas reserves.


Noble Energy Inc., Delek Group Ltd, Avner Oil and Gas LP and Delek Drilling Limited Partnership and Ratio Oil Exploration were expected to sign a $15b Memorandum of Understanding today (Sept. 3, 2014) to export natural gas for the next 15 years to Jordan.

Israeli Minister of Natural Infrastructures, Energy and Water Resources Silvan Shalom, and the U.S. State Department were both involved in the deal.

The Leviathan gas field is a large natural gas field located in the eastern Mediterranean Sea off Israel’s coastline, about 47 kilometers (29 miles) southwest of the Tamar gas field. It is located approximately 130 kilometers (81 miles) west of Haifa, in waters about 1,500 meters (4,900 feet) deep. 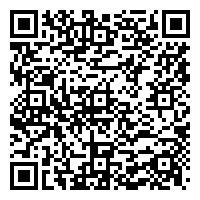