In a deal estimated at 400 million dollars, Israel’s Ministry of Defense is in the advanced stages of negotiations for the acquisition of four missile boats from South Korea. This deal, one of several large scale defense deals being carried out between Israel and this Asian country, is expected to repair the damage caused to the cooperation between the two countries after Israel’s purchase of training planes a few months ago from Italy rather than from South Korea, Maariv reported.

The deal was confirmed by a Korean source, while a source in the Israeli defense department told Maariv that several defense deals were being considered with South Korea, among them the acquisition of missile boats which would be built according to Israeli Navy specifications.


Over the past few months, the Israeli Navy has been exploring the possibility of acquiring updated missile boats from manufacturers all over the world. In the course of deliberations regarding the multi-year plan for equipping the Navy, there were demands for escalating the process in light of the new mission of protecting the off-shore gas drilling facilities in the Mediterranean.

Much tension existed between Israel and South Korea over the past few months. The Asian industrial giant was competing in a Defense Ministry tender for the purchase of 30 training planes by the Navy worth approximately one billion dollars. The two competitors for this tender were a South Korean and an Italian company. The Air Force considered the competition “very close” as both plane models were of high quality and suited the requirements of the Israeli Air Force. 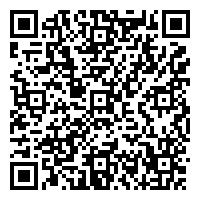