Egypt’s Channel 1 broadcast a video of Egyptian Cleric Futouh Abd Al-Nabi Mansour, Head of Religious Endowment of the Matrouh Governorate leading an Islamic prayer service attended by Egyptian President Mohammed Morsi, during which he asked Allah to kill all the Jews and all of their allies around the world.

Appearing earnest in prayer, Morsi sat cross-legged, eyes closed, open hands raised in front of him, listening and answering “amen” as Mansour led a large group of worshipers in the October 19 prayer.

“Oh Allah, absolve us of our sins, strengthen us, and grant us victory over the infidels.  Oh Allah, deal with the Jews and their supporters.  Oh Allah, disperse them, rend them asunder.  Oh Allah, demonstrate your might and greatness upon them.  Show us your omnipotence, oh Lord.”

Morsi’s visit to Egypt’s northwest was his first since ascending to the presidency.  Following the prayer, Morsi delivered a speech about Egyptian unity.

Morsi has said he will maintain Egypt’s 1979 peace treaty with Israel.  Morsi’s new ambassador to Israel presented his credentials to President Shimon Peres last week, sending along a note which raised a firestorm of controversy in Egypt, due to the perceived warmth of its tone.  Morsi’s office confirmed the authenticity of the letter following the insistence of the Muslim Brotherhood that the letter was a “Zionist fabrication”.

“Great and good friend,” Morsi wrote in his letter to Peres, “being desirous of maintaining and strengthening the cordial relations which so happily exist between our two countries, I have selected Mr. Atef Mohamed Salem Sayed El Ahl to be our ambassador extraordinary and plenipotentiary.” Morsi signed off in commonly-used diplomatic language with “highest esteem and consideration.”

In July, Morsi wrote his first letter to Peres saying “I am looking forward to exerting our best efforts to get the Middle East peace process back to its right track in order to achieve security and stability for all peoples of the region, including [the] Israeli people,” and added “It was with deep thanks that I received your congratulations on the advent of the Holy Month of Ramadan.” 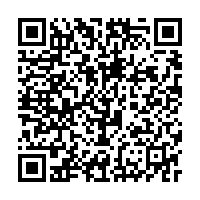