The foreign minister told listeners on Israel’s Voice of Israel government radio Wednesday morning, “First of all, these are malicious accusations. . . I would not agree to any spying on the United States, not in any form, directly or indirectly.”

Written by journalist Jeff Stein, the report began with the question, “Whatever happened to honor among thieves? When the National Security Agency was caught eavesdropping on German Chancellor Angela Merkel’s cell phone, it was considered a rude way to treat a friend. Now U.S. intelligence officials are saying – albeit very quietly, behind closed doors on Capitol Hill – that our Israeli “friends” have gone too far with their spying operations here.”

Stein wrote the espionage had allegedly been revealed in recent visa waiver briefings, saying the spying came under cover of trade missions and joint defense technology contracts. The alleged primary target: “America’s industrial and technical secrets,” according to his report.

Last month a senior House aide also noted the U.S. intelligence community is concerned that adding Israel to the visa waiver program would make it easier for Israeli spies to enter the country, the CQ Roll Call news site reported.

Counter intelligence agents, wrote Stein, had called Israel’s “espionage activities in America… unrivaled and unseemly,” and said they went “far beyond activities by other close allies, such as Germany, France, the U.K. and Japan.” Unnamed Congressional staffers referred to testimony at the briefings as “very sobering … alarming … even terrifying … damaging.”

Of course, wrote Stein, the United States spies on Israel as well. He quoted a former top CIA operative who told him that Israel was “the last place you wanted to go on vacation” because of ‘heavy-handed Israeli surveillance.’

Israel’s foreign minister, however, said Wednesday morning that he heard no complaints about “spying” during a meeting with members of Congress on a visit to the United States last month. Mr. Liberman told listeners he believes the charges are the work of saboteurs trying to scotch relations between the two countries.

The U.S. visa waiver program enables travelers to the United States to enter the country without first having to obtain a visa. According to a statement by the Department of Homeland Security quoted by Newsweek, requirements for entry to the program include “enhanced law enforcement and security-related data sharing with the United States, timely reporting of lost and stolen passports, and the maintenance of high counter-terrorism, law enforcement, border control, aviation and document security standards.”

Israelis face a high rate of visa refusal by the U.S. due to the problem of young people entering the country and then staying past the expiration date of tourist visas in order to work illegally.

Another obstacle to Israel’s acceptance to the program is the U.S. government’s perception of alleged discrimination against Arab Americans in Israeli security protocols. 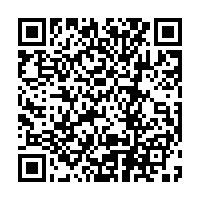