No one doubts that the only reason the Palestinian Arabs moved to join the ICC was to use it as a chip to threaten Israel with prosecution for alleged war crimes.


Given the many documented acts of wrongdoing on the part of Mahmoud Abbas and other acting leaders of the Palestinian Arabs, however, threatening lawsuits is a game two can play.

Israeli officials have long hinted at bringing claims against members of the Palestinian Arab leadership, should any processes be begun against Israel at the ICC. Israel has several options of fora: either at the ICC, although that is expected only to be brought as a counterclaim if the ‘State of Palestine’ hauls Israel into the dock, or in courts in the United States or elsewhere.

Abbas has repeatedly charged Israel with war crimes for all kinds of things, some of which, like today’s decision by Israel to withhold tax money from the PA for joining the ICC, has nothing to do with a war or war crimes.

Abbas made himself vulnerable to charges of war crimes for actions by Hamas when under his leadership the Palestinian Authority in April entered into a unity government with the terrorist organization Hamas. Instances of Hamas using human shields and locating rocket launchers amongst civilians are the kinds of claims that may be brought against Abbas and others.

The United States strongly condemned the decision by the Palestinian Arabs to join the ICC, and members of congress have already begun threatening to cut off funding for the PA, as a consequence.

It will take about two months for the processing of the ICC membership paperwork delivered on Friday by the Palestinian Arab ambassador to the U.N., Riyad Mansour. 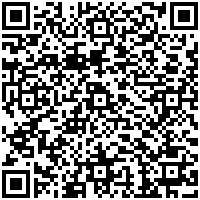