Israel and Jordan have agreed to a plan for 1,500 Jordanians to partially replace foreign workers from Asia and Europe to work in Eilat.

The agreement was signed on Friday, Israeli Deputy Minister of Regional Cooperation Ayoob Kara told the Bethlehem-based Ma’an News Agency. Until now, Jordanians with permits to work in Israel have been excluded from Eilat.


More permits also have been given e to Palestinian Authority workers to be employed in Israel. This would seem to be good news for the economy in the Ramallah-based regime, but leave it to the left-wing B’Tselem to find a cloudy lining in a silver cloud.

The organization claims that tens of thousands of Arabs from Judea and Samaria are “forced” to seek a living by working in Israel because the Zionist’ occupation stifles the economy, Ma’an reported.

Wages paid by Israeli firms are far higher than those paid by Arab employers. 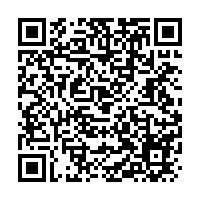