Prime Minister Benjamin Netanyahu stated that he has pledged to reduce Israel’s carbon footprint and to complete a successful transition from fossil fuels to renewable energy by 2050, and by 2025, Israel will no longer be burning coal.

Speaking on Friday at the Leaders Summit on Climate Hosted by US President Joe Biden, Netanyahu said that Israel has “made crucial progress” in two specific areas.


In coal, Israel has substantially reduced its dependency and is a “global leader in cutting coal consumption.” By 2025, four years from now, barring unforeseen circumstances, Israel will no longer be burning coal.

In solar energy, over the last five years, Israel has increased its generation from 2% to almost 10% this year.

“We are committed that by the end of this decade, renewable energy will be providing over a third of Israel’s electricity,” he declared.

“The challenge we still face is solar-energy storage. My government is working to overcome this challenge and make Israel a global leader in energy storage. This will enable us to revolutionize our use of renewable energy,” he said.

Hundreds of Israeli start-ups are working on this project and on related issues.

“I am convinced that Israeli science and Israeli ingenuity will enable us to play our part in the global transition to a net-zero carbon economy,” he said.

In water, Israel has “shown the world how to use water more efficiently in agriculture through pioneering developments in drip irrigation, hydroponic agriculture and the use of artificial intelligence,” he noted.

Israel is a world leader in water purification and recycling, as well as in desalination. About 93% of Israel’s wastewater is purified, and 86% is recycled for use in agriculture.

On the occasion of Earth Day, Israelis and Moroccans from across the region joined Israel’s Ambassador to the US and United Nations Gilad Erdan and Ambassador of the Kingdom of Morocco to the United Nations Omar Hilale to discuss the essential role of technology and innovation in the fight against food insecurity and sustainability in agriculture.

The event took place on the sidelines of the United Nation’s 54th session of the Commission of Population and Development.

“This year’s Earth Day requires that we not only celebrate the planet on which we live, but that we also start planning how to preserve it for a better future,” said Erdan. “Today we will take an important step in that direction as we discuss food security, agriculture, and water management in search of ways to produce more using less.”

Netanyahu Commits Israel to Ending Fossil Fuel Use by 2050, Transitioning to Renewable Energy 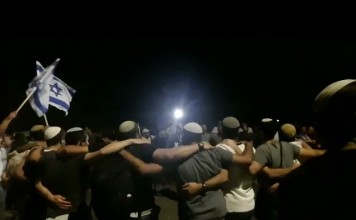 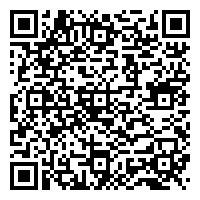