Sen. Jim Risch (R-Idaho) and 20 other Republican Senators last week shared their concern with Secretary of State Antony Blinken regarding the Biden administration’s renewal of funding for the United Nations Relief and Works Agency for Palestine Refugees in the Near East (UNRWA), citing the agency’s alarming record in teaching anti-Semitic material to Arab schoolchildren (Memo: Biden Administration Aims to ‘Reset’ Relations with the Palestinian Authority).

The 21 Republicans also noted that “there have been numerous cases of UNRWA textbooks including material that is anti-Semitic, such as encouraging the destruction of the state of Israel and supporting martyrdom and/or violent jihad.”


They pointed out that “beyond its inflated and duplicative structure, there are serious concerns about the impartiality of UNRWA. Over the years the agency has employed individuals affiliated with Hamas, a US-designated terrorist organization. UNRWA schools have been used to store Hamas weapons.”

The begin-Sadat Center for Strategic Studies on Sunday issued a report titled Biden’s Foreign Policy: New Administration, Old Missteps, arguing that “three months after Joe Biden entered the White House, his administration is exhibiting symptoms of naiveté, misunderstanding, and disregard for past failures in its foreign policy. These issues are of particular concern to Israel.”

Regarding UNRWA, the author of the report, Prof. Eytan Gilboa, writes:

Biden is reversing Trump’s decisions to stop several hundred million dollars worth of annual US aid to the Palestinian Authority (PA) and the UN Relief and Works Agency (UNRWA) for Palestinian Refugees. Here, too, opportunities for necessary and long overdue reforms have been missed. Biden could have conditioned the resumption of aid on the PA’s setting up transparency procedures that would clearly verify where the money goes. A significant portion of international aid to the Palestinians lands in the pockets of their leaders. Since Biden opposes the ICC’s preoccupation with the Israeli-Palestinian conflict, he could have demanded that the Palestinians withdraw their complaint to the ICC, which was filed in flagrant violation of the Oslo Accords and was behind the ICC’s decision to investigate Israel.

As a recent investigation showed, UNRWA is a corrupt institution that perpetuates the Palestinian refugee problem and allows its institutions to conduct antisemitic incitement against Israel. Biden could have demanded the abolition of UNRWA and the transfer of treatment of the Palestinians to the UN High Commissioner for Refugees, the agency that handles refugees from everywhere else in the world.

Biden’s policies follow the values and principles of the Democratic Party—but for the most part, appeasement of foreign actors achieves exactly the opposite results from those intended. This is not how a superpower should project influence and deterrence against extremist authoritarian regimes like Iran and corrupt international organizations like the UNHRC and the ICC. Trump left Biden with leverage in terms of pressure and influence, but instead of using it to achieve US foreign policy goals, Biden has been giving it away for free. Biden’s missteps on Iran, the Palestinians, and international organizations are jeopardizing Israel’s key national interests and will therefore require a calculated and cautious approach.

Former UN Ambassador Nikki Haley, who was behind President Trump’s decision to block the UNRWA, praised the Republican lawmakers, tweeting: Kudos to the 20 senators standing up to Biden’s play to send $150M to the corrupt Palestinian organization, UNRWA. We should not give a dime unless it:

Kudos to the 20 senators standing up to Biden’s play to send $150M to the corrupt Palestinian organization, UNRWA. We should not give a dime unless it: 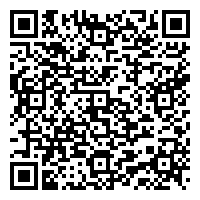