The Israeli government is expected to approve today, Sunday, the Open Skies agreement enabling free competition for foreign airlines flying into Israel from Europe. Workers for the Israeli airlines are adamantly opposed to the agreement, which they say would wreck their industry, and so they went on strike at 5:00 AM, effectively disabling all the flights scheduled to depart from Israel.

The three local airlines, El-Al, IsrAir and Arkia, had been planning for the strike, and so they switched many flights to 4:50 AM, so that passengers could leave the country as planned.


Negotiations between the country’s major trades union, the Histadrut, and the Ministry of Transport over the free competition agreement was halted on Friday, and so far there have been no contacts between the two sides to renew talks.

The planned Open Skies will allow, over the next five years, a gradual process for many European airlines to run flights from Israel to the mainland and back. The main goal of the reform instituted by the Ministry of Transport is to encourage competition between companies, thereby reducing the prices for the Israeli consumer.

In addition, Israelis will now be able fly directly to destinations that currently are not reached from Israel.

Israeli airline employees have stressed in press interviews that they are not against the agreement, despite the strike. Avi Edri, Chairman of the Histadrut Transport Workers Union, clarified that he was “in favor of ‘open skies,’ and for benefiting the consumers, but not this way.” As he puts it, “the agreement as it is, without the needed adjustments to protect the Israeli companies, is a death sentence for these companies. You can’t enter the competition when the two sides are not equal, and the Ministry of Transport, unfortunately, favors the foreign companies.”

Among other things, the striking employees demand an added clause in the agreement, allowing Israeli companies to run lines to the same destinations as foreign companies would be given as part of the agreement..

Hours before the government discussion of the proposed treaty, Channel 10 News exposed an internal document of the Ministry of Transport warning against the collapse of El-Al as a result of implementing the Open Skies deal. Among other things, the report warns of El-Al going bankrupt and defaulting on its debts, in which case the Israeli government would have to funnel in funds to keep it alive, nationalize it temporarily, or turn it into a state enterprise. 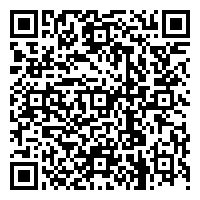