NeuroQuest announced last month they had entered into a service agreement with the University of California, San Diego for collection and processing of 700 blood samples for the U.S. clinical validation trials.


The South Carolina-based division of the biotech company is developing a blood test for early diagnosis of Alzheimer’s disease (AD).

Worldwide, nearly 47 million people have Alzheimer’s or a related dementia. In the United States alone, 5.3 million people are living with Alzheimer’s; it is estimated that figure will rise to 16 million by 2050 if a cure is not found.

The disease is usually diagnosed only after outward symptoms appear, and early diagnosis and treatment is extremely rare. No cost-effective, accurate and practical tools exist to diagnose the disease in the pre-clinical stage.

The test being developed by NeuroQuest for the at-risk population will serve as an inexpensive surrogate to costly PET (positron emission tomography) scans indicating the possible formation of brain plaques in the pre-clinical stage, according to officials at the Israeli biotech company, which is based in Misgav.

The blood test is based on close to 20 years of research led by Professor Michal Schwartz at Rehovot’s Weizmann Institute of Science, who also serves as president of the International Society of Neuroimmunology.

The NeuroQuest blood test was shown to be 87 percent accurate in human trials performed in Israel, with an 87 percent specificity rate in detecting ALS and Alzheimer’s.

Recent testing of the biomarker technology also exceeded the standards of the U.S. Alzheimer’s Association during a recent pilot study in Australia.

The firm’s U.S.-based research and development headquarters is located in Charleston, South Carolina. The company recently received a strong endorsement with the collaboration of the Australian Imaging, Biomarkers and Lifestyle Flagship Study of Aging (AIBL).

NeuroQuest licensed the intellectual property covering the test technology from Yeda – the Weizmann Institute of Technology Transfer Arm – and holds an exclusive global license for its development and commercialization. 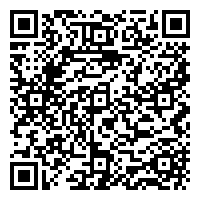