Eilat (TPS) – For the first time, Israel will host the RS:X World Windsurfing Championships, as 143 of the world’s top athletes converge Monday on the southern resort city of Eilat, The competitors, who include past Olympic medalists, will compete for the title of champion and coveted places in this summer’s Olympic Games in Rio de Janeiro.


“Eilat was chosen by an international committee of the World Sailing organization, which is the umbrella body for all sailing events officially recognized by the International Olympic Committee, including windsurfing,” Ronen Hillel, spokesperson of the Israel Sailing Association told Tazpit Press Service (TPS).

According to a spokesperson from the municipality, Eilat has become an internationally respected aquatic sports town.

“Our city is thrilled to be hosting this world championship. Thanks to the city’s natural resources and investment in aquatic sports facilities, we have become the hosts of many European and world championships of many sports events,” stated Eilat Mayor Meir Yitzhak Halevi.

The championship is being held with the support of the Israel Ministry of Culture and Sport and the Ministry for the Development of the Negev and Galilee, which financed the purchase of equipments, development of infrastructure and the refurbishment of the city’s sailing club.

“We are extremely proud to be hosting an international world championship of an important Olympic event in Israel. We are ecstatic to be seeing the cream of the crop of this event right here in Israel. I want to wish the best of luck to all athletes Israeli and international,” Gili Amir, chairman of the Israel Sailing Association told TPS.

Israeli athletes have racked up many achievements in sailing events and windsurfing in particular. In 2004, Israeli windsurfer Gal Fridman made history by bringing Israel its first gold medal during the Athens Olympics. 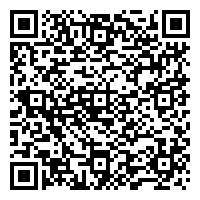