US Secretary of Defense Lloyd Austin was received by his host Defense Minister Benny Gantz on Sunday in the IDF’s Kirya Headquarters in Tel Aviv. He is the first senior Biden administration official to visit Israel.


In comments to the press, Gantz stated that he emphasized to Austin that Israel sees the US “as a full partner on all operational fronts – the first of which is Iran.”

“The regime in Tehran today poses a strategic threat to world security, the Middle East and the State of Israel. We will continue to work with our American partners to ensure that any agreement with Iran safeguards the vital interests of the world and the United States, avoids a nuclear arms race in the region and protects the State of Israel,” he underscored.

Referring to the decision of the International Court in The Hague to launch a war crimes probe against Israel, Gantz said that “in the IDF as well as in US military forces, the values ​​of human decency are an integral part of the actions we take on the battlefield. For all our enemies who seek to use our morals against us and cynically exploit The Hague, I say clearly that they will never succeed in preventing us from fulfilling our duty.”

“We will at all times keep the moral imperative to protect human life and at the same time we will preserve our humanity,” he clarified.

He thanked Austin for the US’s “uncompromising commitment” to the preservation of Israel’s Military Qualitative Edge.

Austin said he was pleased with the talks on some security issues that are important to both countries.

“Our bilateral relations with Israel are central. During our meeting, I reiterated our commitment to Israel,” he said.

He did not relate to the Iranian threat.

Later in the day, the two will hold another meeting and a joint lunch. On Monday, Gantz and Austin will tour the Nevatim Air Base in the south, the Yad Vashem Holocaust Memorial and the Mount Herzl Memorial Hall, ahead of Yom HaZikaron, Israel’s Memorial Day.

He is also slated to meet with Prime Minister Benjamin Netanyahu.

There was no mention if the issue was brought up regarding the leaks to the US press of Israeli clandestine special naval operations against Iran. According to the US reports, the information on the ops was provided to them by US officials. 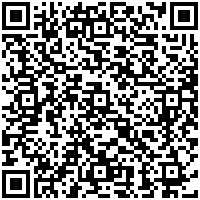