Arab terrorists firebombed Israeli Police forces late Friday night while they were deployed near a barrier in the city of Hebron in Judea.

The attackers hurled at least five firebombs (Molotov cocktails) at the forces while they were stationed near the barrier at around 10:20 pm.


No casualties were reported in the attack, according to the Hebrew-language 0404 news site, and all personnel returned safely to base.

According to the report, despite a recent, relatively quiet period, Israeli forces are now reporting another rise in attempts at terror attacks. 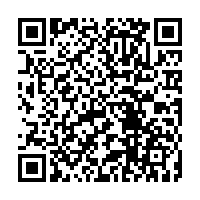