Israeli forces were busy Tuesday night foiling an attempt by four suspects to smuggle weapons in the area of the Dead Sea, a police spokesperson said.

IDF soldiers in an observation outpost spotted the suspicious activity.

“Following the identification of unusual movements by IDF observations, a protection unit operated tonight in cooperation with the undercover unit of the Southern Border Guard, the tactical unit of the Border Guard and the fighters of the Cheetah Battalion who protect the Yoav Brigade on the border fence with Jordan near the community of Ne’ot HaKikar,” a police spokesperson said.

“Recently, we have detected many attempts to smuggle high-quality weapons that are a tie-breaker and are intended for criminal needs and criminals,” said Defense Unit commander Ronen Kalphon.

“The Israel Police and the IDF are investing a lot of effort in an inter-organizational effort to prevent these weapons from entering the country.”

Three M-16 assault rifles and three handguns were seized in the operation.

This past weekend (Aug. 20), IDF soldiers were deployed to the area along the Jordanian border after a suspicious vehicle was spotted.

During their search, the soldiers found and confiscated 100 kg of drugs worth an estimated NIS 4 million. The drugs were transferred to the Israel Police. 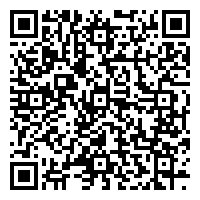