Israel’s Ministry of Foreign Affairs is scheduled to convene its ambassadorial appointment committee on October 27, with the main agenda item being the appointment of Israel’s next ambassador to Turkey.

At the same time, on the same day, Ankara will simultaneously be engaged in appointing its ambassador to Israel.


The appointment is considered to be one of the most delicate posts in the entire foreign ministry, given the years of negotiation required to reactivate the diplomatic ties between the two countries.

Dr. Dore Gold, director-general of the Ministry of Foreign Affairs and a former Israeli Ambassador to the United Nations, will chair the appointments committee meeting.

Turkey severed relations with Israel in 2010, following an incident involving an illegal flotilla to Gaza that included at least one Turkish-owned vessel. Ten armed Turkish “activists” died after attacking the Israeli commandos who boarded the ship to redirect it to Ashdod Port.

Turkey demanded compensation payment to the families, an apology from the Israeli government, and insisted that Israel drop its blockade of Gaza. Outraged Turkish authorities filed legal charges against Israeli military authorities and soldiers who were involved in the incident as well.

Years of talks led to a final agreement between the two sides which included a $20 million compensation payment by Israel to Ankara, a statement of regret from Prime Minister Benjamin Netanyahu and an agreement to allow Turkey to build a hospital in Gaza, and to send humanitarian shipments to the region. In exchange, Turkey agreed to drop all legal charges against military leaders and soldiers in connection with the 2010 Mavi Marmara flotilla incident and to reinstate diplomatic ties with Israel. 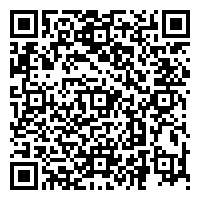