Several top Israeli officials expressed their condolences on the passing of author, Holocaust survivor and Nobel Peace Prize Laureate Elie Wiesel, speaking of his untiring work on behalf of the Jewish people, the State of Israel and humanity.


“Elie Wiesel was the collective moral compass of the Jewish people,” said Jewish Agency chairman Natan Sharansky, a former Soviet refusenik and Prisoner of Zion. “He was the first to break the silence surrounding the plight of Soviet Jewry, and he accompanied our struggle until we achieved victory. We will miss him deeply.”

In his 1966 book The Jews of Silence, Wiesel wrote of the struggle of Jews living in the Soviet Union, which he had observed during a visit to the USSR the previous year. Many believe this work was one of the main factors that led to American Jewry’s call to action on behalf of Soviet Jewry.

“This was a sad evening for the Jewish people,” said Nir Barkat, the mayor of Jerusalem. “Only a few months ago I had the honor of bestowing the Honorary Citizen of the City of Jerusalem award upon Professor Elie Wiesel.”

The Honorary Citizen of Jerusalem award is given to distinguished people who have made significant contributions to Israel’s capital city.

“In your Zionist, principled, and moral mission, your numerous writings and your public activities, you have contributed greatly to the State of Israel and to its capital city of Jerusalem,” Barkat told Weisel during the award ceremony in December 2015. “You are a faithful ambassador and true friend of our city, and through your work you have demonstrated uncompromising support for those who dwell in Zion, as well as a truly shared destiny.”

Wiesel replied to Barkat: “In my life I have published more than sixty books, but believe me when I tell you, Mr. Mayor, that Jerusalem is the heart and soul of my work. I am moved to receive the title of Honorary Citizen of Jerusalem, and I will continue to act for Jerusalem and for the State of Israel.”

In response to the news of Wiesel’s passing, Mayor Barkat said last night: “When I bestowed the award upon Wiesel in an emotional ceremony, I said it was a great privilege to express the deep appreciation Jerusalem has for his heroism and his life’s work. Elie Wiesel was a loyal ambassador and a true friend of Jerusalem, and has demonstrated unwavering support and empathy with the people of the city.”

Elie Wiesel was known for speaking out not only about Jewish suffering, but also on behalf of oppressed groups throughout the world. Noting this, the Nobel Prize Committee described him in 1986 as a “messenger to mankind.”

Prime Minister Benjamin Netanyahu said, “Through his unforgettable books, moving words and personal example, Elie personified the triumph of the human spirit over the most unimaginable evil. His life and work were a great blessing to the Jewish people, the Jewish state and to all humanity.

“The State of Israel and the Jewish people mourn the passing of Elie Wiesel.”

President Reuven Rivlin said, “[Wiesel’s] life was dedicated to the fight against all hatred and for the sake of man as created in the image of God. He was a guide for us all. Tonight we bid farewell to a hero of the Jewish people and a giant of all humanity.”

In November 2013, during his term as Israel’s president, Shimon Peres awarded Israel’s Presidential Medal of Distinction, Israel’s highest civil medal, to Elie Wiesel for his for his work commemorating the Holocaust and promoting tolerance in the world. In his address to Wiesel at the ceremony, he said, “You are waving the flag of humanity, preventing bloodshed and challenging racism and anti-Semitism, as well as preventing war. You personally went through the most atrocious horrors of humanity, and as a Holocaust survivor you chose to dedicate your life to deliver the message — never again.” 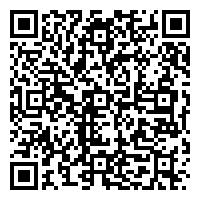