Jerusalem (TPS) — Rabbi Michael (Miki) Mark, who was killed on Friday in a terrorist shooting attack, was laid to rest on Sunday afternoon in Jerusalem. Thousands attended his funeral, which began in his home town of Otniel and ended with his burial in the Har Hamenuhot cemetery in Givat Shaul.


Rabbi Mark was the director of the Otniel Yeshiva and a teacher at Yeshivat Torat Shraga, Yeshiva University’s post-high-school yeshiva for American students in Jerusalem. He is survived by his wife, Chava Rachel Mark, who sustained serious injuries in the attack and remains hospitalized, and ten children, two of whom were also wounded in the attack.

“When he started as principal this past year, he took a real interest in the overseas students,” Phil Katz, the head of the overseas program at the Otniel Yeshiva, told Tazpit Press Service (TPS). “He would constantly speak to us, and he put a major effort into improving our learning experience in Israel. It’s a terrible loss.”

The funeral service began at the Otniel Yeshiva, where many current and former students came to pay their last respects. President Reuven Rivlin, a distant cousin of Mark’s, delivered a eulogy.

“I stand here today before your bier, Michael, Miki, in sadness and pain. With me stands an entire grieving nation,” President Rivlin said. “You were a pillar of the Otniel community and the whole Hebron hills region. The Hebron hills region, the historic cradle of Jewish civilization, keeps losing the best of its children to terrorism. But our roots here are strong, and terrorism will not defeat us.”

Once the eulogies at the Otniel Yeshiva were completed, the Mark family, accompanied by hundreds of mourners, supporters, and an army escort, traveled in a funeral procession to Jerusalem, where Mark was laid to rest.

On the way to Jerusalem, the family stopped at the site on Route 60 where the terror attack took place.

By the time the procession reached Jerusalem’s Givat Shaul cemetery, thousands of mourners had arrived. A police spokesman told TPS that in his estimation, at least 4,000 people attended Rabbi Mark’s burial.

According to Hadassah Medical Center spokesperson Hadar Elboim, Chava Rachel Mark remains in serious but stable condition, though she is breathing on her own.

The Marks’ 14-year-old daughter, Tehila, who also sustained serious injuries in the attack and is confined to a wheelchair, was released from the hospital to attend her father’s funeral.

Both of Israel’s chief rabbis eulogized Rabbi Mark at the burial, as did Mossad chief Yossi Cohen, Mark’s first cousin.

“I swear in the name of the Israeli defense establishment to keep the State of Israel, which you loved so much, united within and protected from without,” Cohen said. “Farewell, my dearest Miki. You were a man of peace, and I loved you with all my soul.”

Michael Bachner and Tzvi Yedidyah Lev contributed to this article. 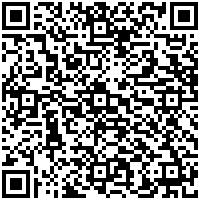