The Israeli-based One World Cannabis (OWC) company is going to be traded over the counter on Wall Street after the Dynamic Applications merges with it, Globes business newspaper reported.

Other Israel companies on Wall Street and involved in the marijuana industry are Therapix, Cannabics Pharmaceuticals and Breed It.


Many Wall Street analysts predict that marijuana will become legal throughout the United States and will be a multi-billion dollar industry. Israel has approved allowing family doctors to prescribe medicinal marijuana.

There is no evidence to substantiate that smoking marijuana can cure Parkinson’s Disease, but studies show that cannabis can be useful in treating it.

One World Cannabis intends to generate clinical data for various medical conditions based on the development of specific cannabis strains, the combinations of the cannabinoids THC and CBD, and optimal dosages.

The company’s first clinical trials are to be for fibromyalgia, psoriasis/basal cell carcinoma, Post Traumatic Stress Disorder (PTSD) and seizures. The company’s second set of clinical trials, which have not yet begun and are not yet funded, are anticipated to focus on the development of cannabis medicines for Crohn’s Disease, Parkinson’s Disease, Tourette’s Syndrome, migraines, chronic pain, Alzheimer’s Disease, pediatric epilepsy, prostate cancer and diabetes.

One World Cannabis recently raised $2 million and is discussing with several Israeli hospitals the possibility of carrying out clinical trials.

It also plans to set up a non-profit organization on behalf of the use of marijuana for the medical use.

Cannabics Pharmaceuticals is focused on developing and marketing drugs, therapies and food supplements based on the active ingredients found in unique strains of the cannabis plant.

Cannabics recently received from the Israeli Health Ministry permission to establish an advanced R&D laboratory for medical research in the field of cannabinoid science.

The company says its aim is to be one of the first and few companies in the world to commercialize indication specific and clinically tested cannabis-based medical products.

Dr. Zohar Koren, CEO, stated, “The exciting scientific field of cannabinoid research has been largely neglected throughout most of the 20th century due to a total ban on this field of research. Thus, the available scientific knowledge regarding active cannabinoids and their mechanisms of action in various disease pathways is dramatically lacking in comparison to other therapeutic fields. There is a huge space of uncharted territory to explore with regards to the potential therapeutic roles of this class of compounds for diverse indications.”

Therapix Biosciences Ltd is a specialty pharmaceutical company focused on synthetic cannabinoid-based therapies and has invested $1.5 million in medical cannabis company LaraPharm, which is developing a formulation of THC, the active ingredient in cannabis to work in an inhaler.

Therapix Bio (vegan trade Over the Counter in New York in October.

Colorado-based Dr. Alan Shackelford, a practicing physician and expert in cannabinoid medicine, is a member of the company’s scientific advisory board. He was one of the two physicians who prescribed the marijuana strain which has become known as Charlotte’s Web to a six-year old girl, who suffered from 20 to 60 seizures per day from the incurable genetic disorder, Dravet Syndrome, with seizures being reduced to one or two per month. 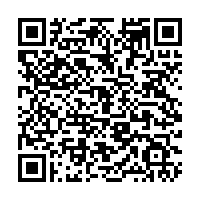