Swastikas were found spray-painted on a Tufts University building for the third time in nearly two years.

The latest swastikas were found Saturday morning on the back wall of the Lewis Hall dormitory on the Somerville, Mass., campus, Boston.com reported.


In June, swastikas were found on the university’s Granoff Family Hillel Center. In April 2013, on the eve of Holocaust Remembrance Day, or Yom HaShoah, swastikas and other anti-Semitic hate speech were found on Tufts athletic facilities and buildings in the neighboring town of Medford.

The university released a statement saying that campus and local police were investigating the incident.

“[S]uch deplorable acts, which are counter to the values of the Tufts community, are deeply concerning,” the statement read. “We are taking this incident extremely seriously.”

Nearby Northeastern University experienced a similar incident in November when Swastikas were drawn on fliers posted on campus to publicize a lecture by Eran Shamir-Borer, an Israeli army official. 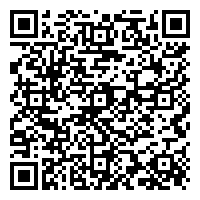