“In the given multiple-injury event, where there is also an extreme situation of shortage of staff or medical equipment, it wouldn’t cross my mind to give inferior care to, or not treat a terrorist perpetrator,” Prof. Halpern told Israel Hayom. “But in a situation where you make life or death decisions for the wounded — it would be right to apply ‘The poor of your city come first’ principle, meaning treat the terror victims, Jew or Arab, first, and only then the terrorist perpetrator. The Ethics Bureau should have specified in depth the obligations and guidelines derived from the principle of ‘The poor of your city come first,’ as we’ve already demanded in 2008. Instead, they completely eliminated any reference to the issue of treatment of enemy casualties under multiple-injury circumstances.”

Prof. Asa Kasher, Israel Prize laureate and a leading researcher in Israel on ethics and morality, author of “The Spirit of the IDF,” firmly opposes to change in the Articles of Ethics. He claims it is self-evident that there is a difference between medical ethics in normal circumstances and in special situations: “The most obvious example is screening patients on the battlefield (triage), which doesn’t consider only medical grounds but also has other considerations — such as how to help the commander to go back to leading the soldiers.”


Even during a terrorist attack, says Prof. Kasher, “you can’t say that the considerations should be only medical. It’s out of the question. Suppose there were two were seriously injured, one a little worse than the other, but the more seriously injured is the terrorist. Would you take care of him, and only then his victim? It is inconceivable. In a terrorist attack site we must deviate from purely medical reasons, which is how it should be. And let’s say that in the case of the two wounded, the terror victim died because the doctor did not have time to treat him — are we going to come to the family and tell them that we’re sorry, we had to treat the terrorist first? It’s absurd, prima facie. We must set more precise rules for medical care in terrorist events, rather than leaving the decision to the doctor on the ground in the field.” 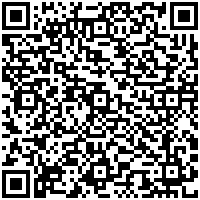