(JNi.media) When Vered Ben Saadon, owner of the Tura winery in Rehelim, Samaria, approached the editors of The New Israeli Wine Guide, the Israeli wine lovers’ bible with reviews of more than 90 wines by 40 different wineries, she was told her wines would not be included, for political reasons, Israel’s Channel 2 News reported Tuesday.

According to Channel 2, a Guide co-editor told Ben Saadon, “Look, I hate to tell you this, but our policy has not changed since last year.”

Of course, if the guide were to exclude the Golan wineries it would have been a very thin book, without industry stars like Yarden and Gamla.

“In other words, only Judea and Samaria is out?” Ben Saadon insisted, and the co-editor confirmed.

The wine industry is flourishing in Judea and Samaria, where many wineries have started up. The area is considered ideal for growing grapes and area vineyards have been awarded prestigious prizes in international competitions.

Ben Saadoun established the Tura winery together with her husband 13 years ago. Since then, their wines have won numerous awards in Israel and abroad, but they find it difficult to reach new customers in Israel because of discrimination—their winery is located on the wrong side the 1949 armistice line, a.k.a. the green line.

Tura is not the only winery boycotted by the guide. Another vintner, from Ofra, who spoke to one of the co-editors, received the same response: “Unfortunately we are not tasting in wineries across the green line.”

The co-editors of The New Israeli Wine Guide are sommelier Gal Zohar and Yair Gath, the wine critic of Israel Hayom, which is considered a right-leaning newspaper. They told Channel 2 News they have no doubt about the high quality of Judea and Samaria wines, they just don’t wish to include them.

One co-editor told Vered Ben Saadon, “These wines are excellent and it’s a wonderful area and you do great work and everything, but you know, with everything around, it puts us in a problematic situation.”

Ben Saadon said, “I understand. And there’s no chance of that if we meet it would change anything?”

The co-editor said, “I don’t believe it would.”

Ben Saadon told Channel 2 News, “I’m, like, upset because we’re like beyond the green line it disqualifies us from entering the book.”

One of the editors, Yair Gath, told Channel 2 News, “This is a personal project, not funded by anybody, and it’s our full right to choose who will participate in it and who will not, and we chose not to take in wines from the territories. Why? Because we think it’s wrong.” 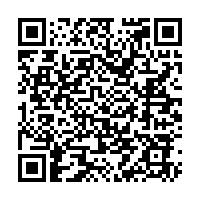