MK Shuli Moalem-Refaeli (Bayit Yehudi) filed a complaint with police on Monday morning. In her complaint, Moalem reported that she was attacked by a woman on the Temple Mount.

Following her complaint to the police, she went to the Officer of the Knesset.


The police spokesperson reports that MK Moalem was on the Temple Mount with a group of visitors when she was approached by a Muslim woman who began to yell at her and then physically shoved the Israeli Member of Knesset.

The Muslim woman was arrested and brought in for questioning.

MK Moalem was not injured in the incident, and continued with her tour of the Jewish holy site.

Police add they will show zero tolerance for any violence towards visitors on the Temple Mount, and anyone acting with violence will be arrested.

Here is a video of the actual incident:

On Sunday, JewishPress.com reported that Arabs were tracking and stalking MK Moshe Feiglin in the Old City and on the Temple Mount.

It now appear that the Islamists are purposely targeting Israeli MKs and public figures connected to the Temple Mount in order to harm them.

Uri Bank, Secretary-General of the Bayit Yehudi Knesset party, who was with Moalem during the assault, released the following statement, “Proud to have had the chance to pray (albeit silently…) this morning on the Temple Mount for a full and speedy recovery for Yehudah Glick, in the most appropriate place possible. I’m hoping that the Prime Minister will come to his senses and realize that the attempt to assassinate Yehudah is an historic, opportune moment to ensure what Yehudah has devoted his whole life to – the realization of the very basic right of Jews to pray on the Temple Mount.” 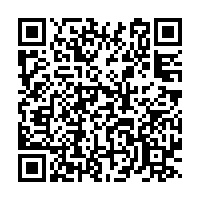