In the days before an Islamic Jihad terrorist attempted to kill Temple Mount activist Rabbi Yehuda Glick, the rabbi’s name was a local household word, and his photo was everywhere. (He remains in grave condition, although his health is gradually improving.)

Likud Knesset member Moshe Feiglin, who heads the ‘Manhigut Yehudi‘ (Jewish Leadership) faction of the party, is also a very familiar face around town, having long been active as an advocate for Jews to freely enter and pray on the Temple Mount.


Feiglin visited the holy site this morning (Sunday, Nov. 2), the first time in nearly a week that the Temple Mount was open to Jews.

It was discovered over the weekend that the MK is also now being stalked by Arabs with cameras.

Photos of Feiglin snapped by various Arabs have reached the Tazpit news agency after having emerged on Arab web and social media sites.

In both YouTube video clips seen here, one can clearly see that the MK now has a close security detail escorting him, at least while he is on the Temple Mount.

Outraged Israelis and other supporters from abroad, including other Muslims, are still asking how an assassin was able to get so close to Glick — a known Jerusalem personality advocating for co-existence on the Temple Mount, a controversial cause — in the first place. Feiglin has been assigned a security detail following last week’s assassination attempt on Glick. He and several other MKs, including one cabinet minister, all attended the conference at the Begin Center where Glick was a guest speaker.

Feiglin himself spoke with Glick after the program and left the venue just 20 minutes before the attack. The shooter – an 11-year veteran of the Israeli prison system who worked at the Center’s restaurant – was apparently waiting nearby and simply watching for the right moment during Feiglin’s conversation with Glick.

On Friday, police arrested a second man they suspect may have been involved in the assassination attempt on Yehudah Glick on Wednesday at the Begin Center, according to Israel’s Channel 2 TV news. The second suspect who was arrested worked at the Begin Center’s “Terasa” restaurant with the shooter, Ibrahim Mut’az Hijazi.

On the day the assassin fired at Glick, it wasn’t Feiglin that he wanted: it was the Temple Mount activist rabbi.

Glick’s killer is dead, having made the mistake of opening fire at the Israel Police counter terror Yamam forces who tracked him down and came to arrest him late that night.

Nevertheless, now Feiglin is being followed and his photo is being snapped for positive identification – perhaps to help another assassin? 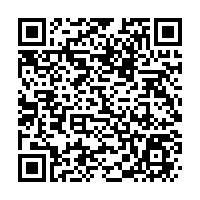