“No,” she answered the JewishPress.com reporter, the wounded Syrians “we were treating trusted us and the IDF.  With us, they knew they were safe from the bombings and the terrible situation in Syria. They thanked us and were grateful,” N said of the Syrians – some of whom were suffering from catastrophic wounds – she and her colleagues treated at the Syrian-Israeli border.


When N first entered the Israel Defense Forces nearly three years ago, she knew she wanted to be a paramedic. She spent 14 months training for this specialty, and spent much of her service working with a brigade in Judea and Samaria.

Every day the Israeli medical professionals go to Israel’s border with Syria. It is there that the injured are brought by Syrians, and it is there that Israeli ambulances pick them up for treatment.

The first step for the Israeli medics is to stabilize the wounded, and then to transfer the stabilized patients to a hospital and for rehabilitation. Sometimes the wounded are treated at Israel’s medical facility built for this purpose on the Iraeli-Syrian border. Other times, and depending on the types of injuries, the wounded are transferred to other hospitals in Israel.

As N put it, “whichever hospital has the best, most appropriate care for an injury or condition, that is where the wounded are taken.”

N witnessed and assisted in treating all kinds of injured Syrians. Many had severe head wounds, others required amputations, there are lots of shotgun wounds, and trauma is widespread. The Syrians are coming from a hot war zone, and have war injuries. Her patients ran the age gamut from children three years old to people in their 50’s and 60’s.

“We were not aware of their backgrounds, we were just treating the wounded, that was our only concern,” the Israeli st. sgt. explained, when asked whether the patients were combatants or civilians. “We gave them the best care we could.”

Despite treating all who come to the border needing medical assistance, N pointed out that everyone is first checked to make sure they do not have weapons on them. It is essential to make sure no one posed a potential threat to the medics or to the other patients.

In June, a small group of Israeli Druze attacked an Israeli ambulance carrying wounded Syrians. The attack took place just after the Al Nusra Front, one of the terrorist groups fighting within Syria, had attacked a Druze village in northern Syria. The Druze were outraged that the Israelis might be treating Al Nusra fighters. A wounded Syrian being transported for treatment was killed in that attack.

N said she only knows a few words of Arabic, but, she said “pain is an international language.” The patients, or someone with whom they traveled, would point to the area in which the pain was experienced.

One young eight-year-old girl came to the border with her mother. She had been the victim of a bombing, and was not able to be moved for three days. By the time she was brought to the Israelis, she was in danger of losing her legs. But N assisted and the young girl made it through the surgery. Her legs were saved. Both the young girl and her mother thanked N and her IDF colleagues.

“When they come across the border, they know they will be treated just as any other people would be treated here.” These victims of the Syrian civil war learn what the Jewish nation is about, and then they tell their fellow Syrians what the Jewish State will provide. 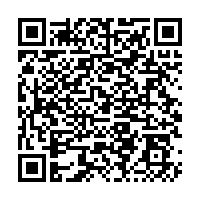