The new study, published in the Journal of Alzheimer’s Disease, found that levels of “activity-dependent neuroprotective protein” (ADNP) can be easily monitored in routine blood tests. Moreover, ADNP levels in blood tests correlate with higher IQ in healthy older adults.


The research was led by Prof. Illana Gozes, the incumbent of the Lily and Avraham Gildor Chair for the Investigation of Growth Factors. She is also former director of the Adams Super Center for Brain Studies at TAU’s Sackler Faculty of Medicine and a member of TAU’s Sagol School of Neuroscience. It was also spearheaded by Dr. Gad Marshall, Dr. Aaron Schultz, and Prof. Reisa Sperling of Harvard University, and Prof. Judith Aharon-Peretz of Rambam Medical Center – The Technion Institute of Technology. TAU PhD student Anna Malishkevich also participated in working with the team.

“This study has provided the basis to detect this biomarker in routine, non-invasive blood tests, and it is known that early intervention is invaluable to Alzheimer’s patients,” Gozes said.

“We are now planning to take these preliminary findings forward into clinical trials — to create a pre-Alzheimer’s test that will help to tailor potential preventative treatments. We have found a clear connection between ADNP levels in the blood and amyloid plaques in the brain,” she said.

The researchers are currently exploring larger clinical trials to better determine the ability of ADNP to predict cognitive decline and disease progression. 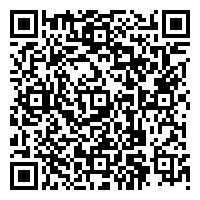