Hareidi-religious rioters in Ashdod blocked IDF military police late Monday night from arresting at least one man who did not show up at an induction center. Dozens of rioters overturned a police car and damaged several other police vehicles by throwing stones at them.

Police said in a statement, “A large number of Israel Police forces were deployed to the scene to extract the military policemen while dispersing the crowd. The police view this incident with the utmost severity and will use all the means at their disposal to locate those involved and bring them to justice.” 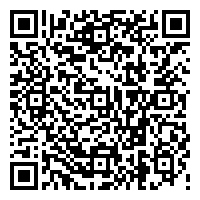