Researchers are Ben-Gurion University of the Negev say that tropical fish can control their gut microbes to help them survive extremes of temperature.

In a study published in eLife, a peer-reviewed journal published in Cambridge, England, Professor Itzhak Mizrahi and BGU Postdoctoral Research Fellow Fotini Kokou of the Department of Life Sciences found that when organisms like plant and animals are genetically selected, the associated microbes living in their guts are selected as well.


Furthermore, the selected microbes respond in accordance with the selection.

The results add further weight to the concept of a ‘hologenome’ – where a living organism is not viewed as an individual but as a community: The host organism plus all of the microbes that live within it, coping together with changing environments. Within this concept, host-microbe interactions play an important role in the fitness of the host, while microbiome composition may in turn be affected by host’s genetics.

“One of the most significant environmental pressures that affects the fitness of a host organism is temperature,” explains Dr. Kokou, the lead author. “In this study we wanted to test whether acclimatization to temperature is facilitated by changes in the host’s microbiome.”

The team used the tropical blue tilapia fish, which are normally highly sensitive to the cold, but as part of a selective breeding scheme are being bred with increased cold tolerance at the Agricultural Research Organization at Beit Dagan, near Tel Aviv. This allowed comparison of the microbiomes between the cold-sensitive and cold-resistant fish, at different extremes of temperature.

They found that during cold exposure, the microbes tended to switch off processes that expend energy (metabolism) and turned on cell processes that were related to a stress-and-defense response. This mirrored the response seen in the genes of the fish themselves, suggesting that exposure to cold triggers a concerted energy-saving, stress-induced adaptive response that involves both the fish host and its microbiome.

“Our study shows that the genetic background of the host and its tolerance to temperature-induced stress determines the response of the gut microbiome to temperature,” concludes Prof. Mizrachi. “Our findings are consistent with the emerging hologenome concept, which suggests that microbes and their hosts work together in a survival of the fittest as part of the natural-selection process.” 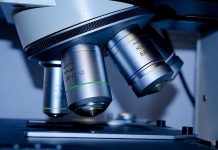 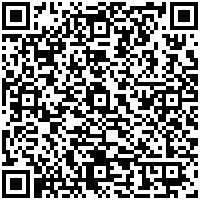