A new breakthrough in biotechnology by a research team at Tel Aviv University has just expanded the number of tools available for fighting lethal drug-resistant bacteria.

According to the World Health Organization, antimicrobial resistance is one of the biggest threats to global health. It affects anyone, at any age, in any country. Currently, 700,000 deaths each year are attributed to antimicrobial resistance, a figure which could increase to 10 million a year by 2050 if there is no further intervention.


But new breakthrough technology from Tel Aviv University has facilitated DNA delivery into drug-resistant bacterial pathogens, enabling their manipulation. The research expands the range of bacteriophages, which are the primary tool for introducing DNA into pathogenic bacteria to neutralize their lethal activity. A single type of bacteriophage can be adapted to a wide range of bacteria, an innovation which will likely accelerate the development of potential drugs based on this principle.

Prof. Udi Qimron of the Department of Clinical Microbiology and Immunology at TAU’s Sackler Faculty of Medicine led the research team, which also included Dr. Ido Yosef, Dr. Moran Goren, Rea Globus and Shahar Molshanski, all of Prof. Qimron’s lab. The study, recently published in Molecular Cell, was featured on its cover.

For the research, the team genetically engineered bacteriophages to contain the desired DNA rather than their own genome. They also designed combinations of nanoparticles from different bacteriophages, resulting in hybrids that are able to recognize new bacteria, including pathogenic bacteria. The researchers further used directed evolution to select hybrid particles able to transfer DNA with optimal efficiency.

“DNA manipulation of pathogens includes sensitization to antibiotics, killing of pathogens, disabling pathogens’ virulence factors and more,” Prof. Qimron said. “We’ve developed a technology that significantly expands DNA delivery into bacterial pathogens. This may indeed be a milestone, because it opens up many opportunities for DNA manipulations of bacteria that were impossible to accomplish before.

“We have applied for a patent on this technology and are developing products that would use this technology to deliver DNA into bacterial pathogens, rendering them a-virulent and sensitive to antibiotics,” Prof. Qimron said.

The research has been granted $700,000 from the Momentum Fund, a unique $24,000,000 fund established by Ramot, Tel Aviv University’s business engagement center. This funding enables the advanced development of this technology within TAU laboratories.

The Momentum Fund invests in promising breakthrough technologies in a wide range of fields, including pharmaceuticals, healthcare, high-tech and the physical sciences. Tata Group is the lead investor of the Momentum Fund. Singapore-based Temaske is another key investor. 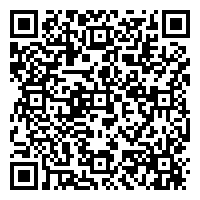