Efrat (TPS) – Arabs and Israelis met on Tuesday evening at the library of the Etzion-bloc community of Efrat to learn about the history of Jewish-Arab relations in the region and about the cooperation that has existed between them throughout the past century.

“We thought that it was important to show that Jewish-Arab relations do not have to be hostile and that they actually used to be friendly, at least here in Gush Etzion. We think that there is even hope for this today, despite the difficult and often bloody reality we live in,” Kfar Etzion Field School Director Yaron Rozental, who helped organize the event, told TPS.

Historian Yohanan Ben-Yaakov shared stories about the establishment of Jewish settlements in the region that he said may not be as well known as others. “Israelis are usually familiar with war stories about the Etzion bloc, about brave Jewish fighters and the numerous sacrifices that they made,” he said. “It is always presented as a very simple story—there were good guys and bad guys, and the good guys won. Relations between Jews and Arabs here were not always that black and white.”

Ben-Yaakov spoke about the settlement of Migdal Eder, the inhabitants of which were saved during the pogroms of 1929 by Arabs from the neighboring village of Beit Ummar, and about Kfar Etzion founder Shmuel Holzman’s son, a Jewish doctor who opened an infirmary near the Etzion bloc junction in 1929 with the intention of helping the local Arab population.

“It’s written in the Torah that Esau hates Yaakov, and everybody remembers these words. Few know what is written later, that he kissed him with his whole heart. These two feelings go hand in hand here today as well and it is up to us to choose between love and hatred,” Ben Yaakov concluded.

The event also featured speakers such as Dr. Yitzhak Glick, brother of MK Yehuda Glick, who received the Moskowitz Prize in 2012 for the free medical assistance he has provided to the people of the Etzion bloc, including to Palestinians, who know him as “our doctor.”

“Gush Etzion must be the center of peace not just in Israel, but in the world,” Dr. Glick maintained.

The event was also organized by Roots, a grassroots initiative which regularly facilitates meetings between Israelis and Arabs. The organization helped bring several Arabs from the nearby villages of Beit Ummar and Yatta to the event. Roots co-founder Khaled Abu Awwad said that he believes that such events could be more effective in bringing peace to the Middle East than meetings between Abbas and Netanyahu.

“Peace between our peoples must grow from the bottom up and only we can break the walls of alienation and hatred that have been put up between us,” he said. “We belong to this land, but the land does not belong to anyone so we must learn to live here together in peace.” 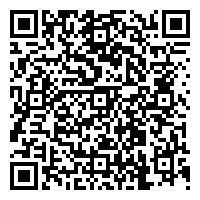