On the morning of Tuesday, August 2, the Knesset Committee for the Rights of the Child discussed the case of the Yitzhar minor banned by an administrative order from all of Yehuda and Shomron, including his own home.

No representatives from either the Justice Ministry or the Shabak showed up for the meeting.

“The intolerable ease with which [the GOC”s] decide to use administrative orders, force, and violence against youths and children from Yehuda and Shomron under the code name of “security” is improper and illogical. The distancing order served to this specific youth and the increasingly shameful treatment of the general population of Yehuda and Shomron must stop. There are serious consequences to the irresponsible conduct of the ISA and security authorities, firstly in terms of the trust that the public has in the security authorities, and that itself is very serious. Additionally, even we as Knesset Members have limits. The failure of the representatives of the Justice Ministry and the ISA to appear, is nothing other than disrespect for us the Knesset Members and for the Knesset, and we must not let this pass quietly.

“I announce to anyone who has not yet heard, the settlements are not an enemy of the people and if there is a child who has “gone astray” he should be treated and returned to the proper path. A Youth Probation Service officer and social workers must be assigned to him during administrative proceedings exactly as is customary in criminal proceedings against minors. He must not be treated like the worst terrorist. I call on the Defense Minister and the Justice Minister to introduce a different approach than that which has been prevalent over the past few years, and to restore sanity. The residents of Yehuda and Shomron must not be perceived as the enemy.” Knesset Member R. Yehuda Glick: “A 15-year old boy is not a ticking time bomb. An administrative order is a type of emergency order which is given in the case of a ticking time bomb. There’s a chance that he will scribble a word on a mosque or puncture something? Then a Youth Probation Service officer can be assigned to monitor him. This is a boy without a criminal record and they are using a method against him which is unnecessary.

“For the past eight years I have experienced the Israeli Police fighting me, besmirching me and presenting me as the most dangerous man in the Mid-East, and in the end claimed that I want to change the status quo [on the Temple Mount]. It appears that the security forces are taking upon themselves the task of educating the public. It cannot be that an administrative order is served to a 15-year old boy without even [consulting] the Youth Probation Service or a social worker. It is inconceivable that this has to be said in this committee.”

Honenu Attorney Menasheh Yado, who participated in the discussion, stated that, “Over the past year and a half there has been massive use of administrative orders, and the [security] system is caught unprepared for the use of such orders. They [the orders] are being implemented without any consideration by the welfare authorities or their involvement, without any judicial oversight, and they have caused enormous damage, and situations which would never have occurred in criminal proceedings. “Additionally, only following the appeal which we filed and criticism from the courts, have preliminary hearings begun recently to be held, although they are required by law.”

The representative of the National Council for the Child, Attorney Carmit Pollack Cohen, called for increased involvement of the welfare authorities in the procedure of serving administrative order when minors are involved. In June 2016 the Israel National Council for the Child sent urgent letters to the GOC’s of the Home Front and Central Commands requesting that they investigate the possible consequences of the administrative orders served to the Yitzhar minor.

The mother of another minor under an administrative order described how every night policemen arrive at the family’s home in the middle of the night, bang loudly on the door, and wake up the entire family, which has caused some of the families whose children are under administrative orders to request that the child stay out of the house so that the family will not suffer from the house checks by the police. See here for the Yitzhar minor’s experience.

Knesset Member Moti Yogev, who is a member of the Knesset Committee for the Rights of the Child: “I still have faith in the security system, but I think that there must be supervision over the authorities. I think that statements need to be made here, that in order to come to a decision concerning distancing a minor from his home and place of education, there needs to be a near certain danger and that a professional welfare authority must be involved.” MK Yogev further described several cases in which he intervened and returned youths to their place of study, which shows that a balanced method had not been properly implemented.

Chairwoman of the Knesset Committee for the Rights of the Child, MK Yifat Shasha Biton concluded the discussion with a statement that the treatment of minors in administrative proceedings must be similar to that of minors in criminal proceedings, in which there is increased judicial review and involvement of the welfare authorities. 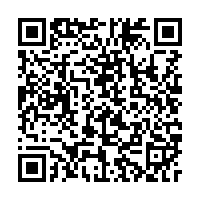