The political allegiance of the vast majority of Jewish Americans, even in times of dire emergency for the Jewish State, remains focused solely on the platform of the Democratic party. For this reason, the Republican tsunami in Washington means glum looks around the breakfast table and morning commute for most American Jews today.

But for pro-Israel stalwarts whose allegiance on the issue of Israel is what is actually best for the Jewish State and not what the Democratic party pretends is best for Israel, Tuesday spelled a significant victory.

As already noted, the Republicans in the House increased their majority by a comfortable margin. The Republicans in the Senate rolled over the Democrats, gaining control of this chamber as well. This will have a dramatic effect on what legislation gets advanced, what congressional investigations move forward, and how President Obama’s agenda fares over the final years of his presidency.

One clearly bright star is the upset scored by Jewish Republican Lee Zeldin in New York State’s First District. Zeldin, a pro-Israel, Iraq war veteran upset the incumbent Tim Bishop by nearly ten percentage points. Zeldin’s campaign statement about the US-Israel relationship is telling for what it includes, and what it doesn’t.

Tick off all the major issues of concern to honestly (not the faux-pro-Israels) pro-Israel Americans and Zeldin lines up. He states unreservedly that Jerusalem is the capital of Israel, that Israel is America’s greatest friend, and that Israel and America’s values and worldview are the same. According to this major in the reserves, a “secure and free Israel makes the entire Middle East region safer,” a “threat to Israel is a threat to the U.S.,” and ” Israel must have the resources to defend herself from hostile neighbors.”

“Peace will only be possible when the Arab world recognizes the State of Israel, her absolute right to exist, her inherent right to self-defens and her willingness to live in peace with her neighbors. Any peace process that pressures Israel or emboldens her enemies is not constructive. America’s steadfast support of Israel is essential if we are to achieve peace in the Middle East, and I intend to do all that I can in Congress to ensure and to strengthen the US-Israel alliance.”

And Zeldin is unequivocal with respect to Iran: Iran must not be allowed to develop nuclear capability. He supports both the expansion and the enforcement of sanctions against Iran. He opposes the 2013 interim deal that eased sanctions, allowed continued enrichment of uranium and does not require the destruction of already enriched uranium. “I will support all necessary efforts to end the threat Iran poses to Israel, America and world peace.”

Wow. An entire statement about Israel and not one word about how Israelis consuming oxygen beyond the Apartheid Green Line is the reason there is no peace on Earth, or how the single goal of the peace process has to be the creation of a Palestinian State.

Of course, it’s one thing to make campaign pledges and a completely different and far more difficult thing to follow through on them. But just knowing these are the words Zeldin used to present himself to voters, this is his vision of the best he can be as a member of the U.S. Congress is more than a mere breath of fresh air. To paraphrase Krauthammer, it’s not a breath of air, it’s a tornado of strength and resolve.

In addition to Zeldin, this upcoming congress will have another new war veteran. This one is the Senate’s first female combat veteran, Iowa’s Joni Ernst. Ernst knocked out incumbent Democrat Bruce Braley by nearly 10 percentage points. 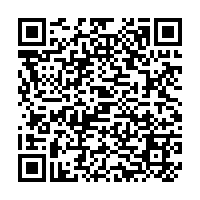