The International Criminal Court at The Hague has decided not to investigate the 2010 incident involving clashes between Israeli commandos and IHH terror activists aboard a “humanitarian” flotilla headed for Gaza.

The clashes took place aboard one of six vessels in the flotilla, the Turkish-owned Mavi Marmara ship, which was found when searched to be carrying no aid supplies whatsoever.

It did, however, carry armed activists who were itching for a fight and more than prepared to start one. As soon as the Israeli soldiers began to board their vessel to take control and bring the ship to Ashdod port – since the flotilla had ignored Israeli orders to change course and avoid Gaza on its own – the activists attacked the commandos with crowbars, knives, chains and other weapons. Some soldiers were hurled overboard into the sea. Several were tied up.

But the soldiers who were behind and following saw the attack and realized what was happening, and they launched a counter attack. Ultimately, nine of the terror activists died in the clashes, including eight Turkish nationals and one American.

Prosecutors at the ICC found that although there was a “reasonable basis” to believe the Israeli commandos may have committed war crimes during the incident, they did not fall under the jurisdiction of the court.

Turkey’s President Recep Tayyip Erdogan, who at the time was the country’s prime minister, has milked the incident to distance his government — and his country — from  its regional ally, Israel.

Until the 2006 Second Lebanon War, the two nations were close allies, but Erdogan flew into a rage when Israel launched a counter terror operation in summer 2006 against the Hamas terrorist organization, created by the radical Islamist Muslim Brotherhood group which Erdogan strongly favors.

Since that time, Erdogan has constantly sought excuses to slap at Israel and to dissolve the close economic, military and strategic relations that have been developed between the two countries over the years. 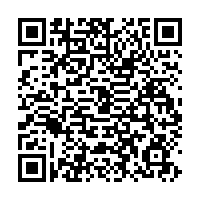