The former minister passed away on Friday after a decade-long struggle with cancer at the age of 62.


“Rabbi Benny Elon was a big-hearted man, who dedicated himself entirely for the sake education, and the public,” said President Rivlin.

“As a minister, as a member of parliament, and as a man of action, vision, and of spirit, Rabbi Benny Elon was one of the great fighters and doers for the sake of the Land of Israel, for its residents, and its children.

“As a friend and companion, he was for me a learning partner, an intellectual sparring partner, whose commitment to Israeli society and the State of Israel was unwavering and deeply rooted.

“In recent years, Rabbi Benny Elon worked to strengthen Israel’s global standing, founding many influential organizations, working against the isolation of Israel even in the most difficult times, and against the most hostile opinions.

“May his memory be a blessing.” 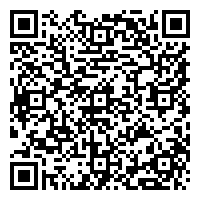