The Supreme Court has reduced three years from the sentence of a Druze resident of the village of Majdal Shams on the Golan Heights for passing information on the Israel Defense Force (IDF) to Syrian intelligence.


52-year-old Sudki al-Makat was sentenced to 14 years in prison in May 2017 for collaborating with Syrian agents and providing information on cooperation between Israel and forces fighting against President Bashar Al-Assad’s regime.

According to the indictment, Makat sent information to Syrian intelligence through internet platforms, including Facebook.

This was not his first indictment: In August 2012, Makat was released from prison after serving 27 years for security offenses.

Judges Noam Solberg, Meni Mazuz and Yael Willner wrote a brief verdict stating that due to the severity of his actions, their goal and his prior convictions, “a lengthy sentence is indeed required.”  However, the three-judge panel added that on the other hand, the offenses were not among the “worst espionage cases” Israel has known. 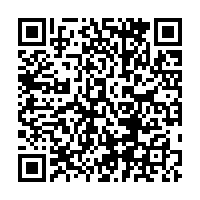