Fuel trucks, paid for by Qatar began entering the Gaza Strip on Tuesday morning, Israel’s Public Broadcasting Corporation (Kann) reported. According to senior Palestinian Authority sources, while the decision was made without the Palestinian Authority’s knowledge or consent, the United Nations is actually overseeing the proceedings.


The first fuel truck has already arrived at the Kerem Shalom Border Crossing, with five more expected, amounting to a total of roughly 250,000 liters of diesel fuel destined for Gaza. The fuel supplies are expected to raise the daily number of electricity hours in Gaza from four to six or possibly even eight, however it is unclear at the moment whether or not the PA representatives on the Gaza side of Kerem Shalom would allow the them to enter the strip.

Last week, a similar attempt to transfer Qatari funded fuel into the strip was thwarted by the PA, after it threatened to cease all fuel purchasing from the Israeli Paz oil company, should the Qatari trucks be allowed to go through.

Earlier on Tuesday, the London based Al-Araby Al-Jadeed news website reported that Egypt’s Chief of Intelligence Abbas Kamel is set to visit Tel Aviv and Ramallah in order to meet with Israeli and Palestinian Authority officials and discuss the inter-Arab reconciliation efforts between the Palestinian Authority and Hamas in Gaza.

According to Egyptian sources, Kamel plans to convey a message from Egyptian President Abdel Fattah el-Sisi to Palestinian Authority Chairman Mahmoud Abbas that should the PA fail to cooperate with the Egyptian-mediated reconciliation efforts, Egypt will officially recognize Hamas as the sovereign power in the Gaza Strip. 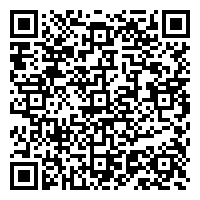