Over the past few years, Reform and Conservative Judaism have been struggling so much with the notion of ordaining women rabbis and gay rabbis, that we, the spectators (innocent bystanders?) of those struggles have completely lost sight of an even more challenging notion: can they ordain gentile rabbis?

To cut a long story short: they can and they have. The Reform movement has done, and as a result, I believe, has placed itself outside the Rabbinical Jewish tradition regarding the fundamental notion of who qualifies as a Jew.


I became aware of this complete and, presumably, final split between Jews and the largely American Reform movement after receiving a link to Seth Berkman’s piece in the Forward: Angela Buchdahl, First Asian-American Rabbi, Vies for Role at Central Synagogue. The article praises Angela as an example of diversity, who “walks among the pews, greeting congregants before Friday night services at Manhattan’s venerable Central Synagogue,” where she faces “a mélange of Jewish faces, including blacks, Asians and Hispanics,” in a “diversity that reflects the emergence of an American Jewry of unprecedented ethnic breadth.”

Had I known nothing more about the above paragraph, I would have been beaming with pride over it. In the shuls I attended on the Lower East Side of Manhattan, spotting an African or a Hispanic face was always such a source of pleasure. As a tiny nation and an even tinier religious group, we prize every gentile who embraces our faith and goes through the sometimes grueling process of becoming one of us.

Except that Berkman cuts to the chase right at the opener, making clear that no such grueling effort was involved in Angela Buchdahl’s joining the Chosen People: it turns out that the diversity she so praises at that Reform gathering is “embodied” by Buchdahl, who was “born to an Ashkenazi, Reform Jewish father and a Korean Buddhist mother.”

Exactly 30 years ago, in 1983, the Reform movement in America adopted the bilineal policy: “The Central Conference of American Rabbis declares that the child of one Jewish parent is under the presumption of Jewish descent. This presumption of the Jewish status of the offspring of any mixed marriage is to be established through appropriate and timely public and formal acts of identification with the Jewish faith and people. The performance of these mitzvot serves to commit those who participate in them, both parent and child, to Jewish life.”

It should be noted that outside the U.S. the Reform moevement is yet to adopt the sweeping “presumption of Jewish descent” doctrine, but they do, by and large, offer “accelerated conversions” to children of a Jewish father.

Hadassah Magazine, which Berkman quotes in her story, featured a profile of the Korean born Angela Buchdahl, the first Asian American to be ordained as a cantor or rabbi and the first woman to attain both positions.

For Buchdahl, according to Hadassah magazine, key Jewish values include “a spirit of genuine inquiry and multiple opinions; our whole method of study and nondogmatic spirit; the dignity of every person and the fact that we are all created in the image of God; the ability to know what it is to be a stranger and to have been a slave—and to force ourselves to embody that understanding in every generation.”

Far be it from me to criticize such fine and noble notions, but it is difficult to recognize in that amalgam anything uniquely Jewish. Absent is the idea of fulfilling the mitzvot as a divine agenda. It’s all about getting along with others and respecting them, not so much about applying Torah laws to one’s daily life.

Indeed, the more the Reform movement is reinventing itself, the closer it gets to Christianity. She’s been active, among other things, at Auburn Theological Seminary, “an interfaith platform to address global issues and build bridges across religious traditions.”

“Angela is an extraordinary religious leader,” Rev. Katherine Henderson, Auburn’s president, told Hadassah. At a gathering for a Presbyterian group last year, Buchdahl “led worship that was completely authentic for her as a Jew and yet completely accessible for this group of Christians,” says Henderson. “We were all able to praise God together!”

This reporter is known to be flippant, so I very much want to avoid being flippant about this story. I don’t think we should denounce people like Angela Buchdahl, or condemn the Reform movement for its straying so far out of the Rabbinical Jewish tent. But we should remain steadfast in not calling any of these people and the nice things they do “Jewish” in any way at all. We’re already not permitted to set foot inside their houses of worship. We should probably stop calling their religious teachers “Rabbi” – perhaps “Reform Rabbi” will do. And we should look forward to the time when calling someone “Reform” would simply mean a really nice non-Jew. 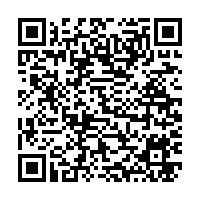