An Israeli geothermal energy firm has been taken over by the Japanese ORIX company.

ORIX became the largest shareholder on Wednesday in Ormat Technologies Inc., paying
$630 million to win a 22.1 percent stake in the firm.


Chairman Gillon Beck and two board members, Robert Joyal and Ami Boehm, stepped down in accordance with the agreement, according to the Globes business news site.

Todd Freeland became the new chairman, while Stan Koyanagi and Yuichi Nishigori joined the board. 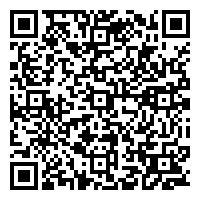