MK Bezalel Smotrich (Habayit Hayehudi) early Thursday morning submitted an urgent request to appear as respondent to the Supreme Court appeal by the Arab owners of nine homes in Ofra (Said Mohammed Zuhdi Shehadeh et al Vs. Defense Minister Avigdor Liberman et al). Smotrich argues that he is best qualified to enlighten the court as to the intent of the legislator, since he was the legislator.

The Arab appellants demand that their nine homes, situated in the heart of the Jewish community in Samaria and thus unavailable for use to the owners, demanded that the homes not be demolished as per the Supreme Court’s routine decrees in these cases, but be sealed instead and remain standing, as a measure of making them unavailable for a purchase deal under the new Regulation Act.


The Regulation Act offers a reasonable and universally accepted method of resolving disputes between newly emerging owners and the settlers who, for a variety of historic reasons, have built their homes, often decades ago, on part of the owners’ private land. The law compels the owners to accept a monitory compensation at 125% of market value, or with land of comparable quality.

The state, represented by Attorney General Avichai Mandelblit, has declared its opposition to the request by the residents of those nine homes in Ofra (which is downhill from the now demolished settlement of Amona), to rescue the homes from wasteful disuse by including them under the Regulation Act.

Against this background of what he terms “far-reaching interpretation” by the state as to the scope of the new legislation in regard to Ofra, which may pave the way to similar interpretations in the future, MK Smotrich demanded to be added to the respondents in the case, stressing that, as the legislator who was paramount in pushing the Regulation Law through the Knesset, he has earned the right to tell the court what was the legislator’s intent.

“As the person who formulated the law, I feel I have a duty to appear before the court and explain clearly what I believe the legislator’s intent was,” Smotrich said in an email describing his appeal to join the proceedings, explaining that “in its response to the appeal, the state offers a mistaken interpretation of the legislator’s intent in the Regulation Act and thus is mistaken regarding the ramifications of said interpretation regarding the nine homes.”

“In my request I made clear that despite the understanding that the Regulation Act lacks the authority to reverse final court rulings, it certainly offers a path to settling the case of the nine homes,” Smotrich argued. “Therefore, without a doubt, constitutes a significant change in the circumstances [of the case], therefore it is proper for the court to unleash the regulatory process and later reexamine its ruling.”

MK Smotrich noted the AG’s relentless objection to the Regulation Act throughout the legislative process, which probably makes him the least qualified man in the court room to offer an unbiased interpretation of a law he so loves to hate.

“There is no greater conflict of interests than to permit an AG who wholeheartedly objects to the law to represent the state regarding the proceedings related to the law and its interpretation,” Smotrich argues, predicting that “obviously, he will do all he can to give the law the narrowest possible interpretation, emptying it of its content.” 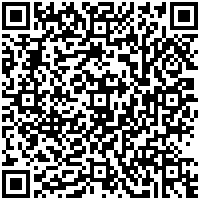