Police released the identity of the shooter in Sunday morning’s terrorist attack at Ammunition Hill in Jerusalem. He is Mesbah Abu Sabih, 39, a resident of Silwan, a mixed neighborhood on the outskirts of the Old City of Jerusalem. Forty Jewish families live in the Silwan, which is majority Arab. During the 1948 Israeli War of Independence, the neighborhood fell under Jordanian occupation.

Sabih was shot and killed by police. 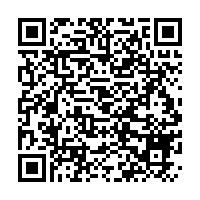