From the Latin Patriarchate of Jerusalem site:

An interview with Bishop William Shomali, Auxiliary Bishop of Jerusalem, about the families who will have lunch with Pope Francis in Bethlehem after Mass in Manger Square.

1 – Why did the Pope choose to lunch with Christian families? What is his reason for doing so? Pope Francis wants to spend a little time with the poor families in the Bethlehem and their children to listen to them, permitting them to feel his closeness and tenderness. He did not want to have lunch with the cardinals, bishops and politicians, but with poor families. It took time to understand the reasons for this gesture. It really makes the Pope admired: how Jesus wants to stay close to the poor.

2 – How were the families chosen who will share the meal? The Assembly of Catholic Ordinaries of the Holy Land, which oversaw the organization of the entire trip of the Holy Father appointed a committee for the task of choosing. The Committee established criteria for identifying “categories” of poverty. Each family was then selected to represent a certain category of need. The poor who have no daily bread or living on the street have not been selected.

Oh, okay. The pope asks to have lunch with the poor and the committee deliberately excludes the truly poor. So who do they choose instead?

Our poor are those who suffer for humanitarian reasons, political and social. We contacted the parishes and consulted many people. Many lay people offered us names. We discussed together and finally arrived at a final list. Many would have liked to be selected, but it was not possible to please everyone. It was a tough choice!

3 – Can you give us some examples of families that you have chosen? A family from Ikrit, a village in northern Galilee that was evacuated and razed in 1948 by the Israeli Army. Only the church was spared. Although there have been court decisions, Christian Arab inhabitants were never able to return to their village.

Another family from the group of 58 families who have land in Cremisan area of Beit Jala. According to the planned route of the separation wall built by Israel, the land will be on the other side of the wall and therefore inaccessible for the owners. There are ongoing negotiations with the legal authorities that we hope will have a positive outcome.

Also a family that represents those who struggle for a family reunion. One spouse living in Jerusalem, the other in the territories. Under Israeli law, it is difficult for the Palestinian spouse to obtain a permit for permanent residence in Jerusalem.

Another family has a son sentenced to life imprisonment, another a son exiled to Gaza for political reasons. Another one comes from the Gaza Strip, which is a big prison. These are the families selected for this occasion.

…5 – Pope Francis, where he visits, always wants to share a meal with simple people, the poor and marginalized. What are the lessons for the Church in Jerusalem? This is a lesson for us bishops and priests. We need to get closer to the suffering people of God, and not live isolated in our homes. The Pope says we are always to go out, to go to the others, to go in search of the sheep and not wait until the sheep seeks the shepherd. This is a great example for us. The Pope will not see all the misery of the Holy Land. He only meets five families, and giving us a good boost, it inspires us to continue our mission.

Gee, what mission is that? Ignoring the homeless? The pope asks for poor families to have lunch with, and the church leaders ignore his request and instead choose families that they can use as props to slam Jewish Israelis! 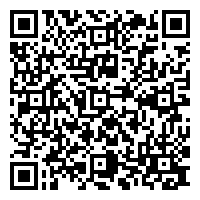