Mira Harpazi, 72, left her home in Starrett City on Monday, to visit a Jewish community center in Canarsie, Brooklyn, but on her way she was slugged in the back of the head by a young thug in what cops suspect is yet another instance of the violent “knockout game,” the NY Post reports.

The attacker, in his late teens or early 20s, went after Harpazi on the corner of Pennsylvania and Flatlands avenues. He didn’t say a word or try to rob his victim, just hit her, according to police. Harpazi, a grandmother, was treated at Brookdale Hospital and released.


Her attacker is still at large.

The NYPD’s Hate Crime Task Force is looking into whether the attack was a case of the “knockout game.”

Barbara Fulton, 56, Harpazi’s neighbor, told the Post: “Miriam is all the over place, she’s very independent, she’s a tough woman.”

Meanwhile, the Post reported that police on Monday have arrested a 13-year-old and charged him with assault and aggravated harassment as a juvenile for the Nov. 6 “knockout game” attack on a 12-year-old boy.

Since Oct. 11, at least eight suspected “knockout” attacks have been reported in the Crown Heights, Midwood and Borough Park sections of Brooklyn.

When Knockout Victim Is Black, Attacker Charged with Hate Crime 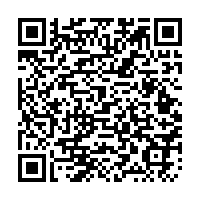