Jewish organizations are raising disaster-relief funds following the devastating flooding in Texas earlier this week, during which Houston’s Jewish community sat at the center of the damage experienced by that city.

Countless Jewish homes and multiple synagogues were among the structures damaged following rain that exceeded 11 inches in some areas on Monday and Tuesday.


The Orthodox Union, which is raising flood-relief funds, sent its senior managing director, Rabbi Steven Weil, to help assess the damage on site in Houston.

At the same time, local Jewish community is trying to focus on the positive, and Rabbi Barry Gelman, the leader of a heavily flood-damaged Orthodox synagogue, wrote to his congregants:

Let us focus on repairing what was ruined and rededicating ourselves to what makes UOS (United Orthodox Synagogues of Houston) so special, the community. After all, what is really special about us are the people that make up our community. That is what is indispensable—the building can always be fixed. 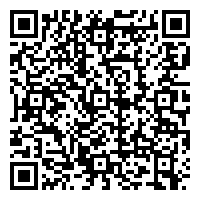